Cervical cancer: 'New screening can pick up cancer earlier than before' 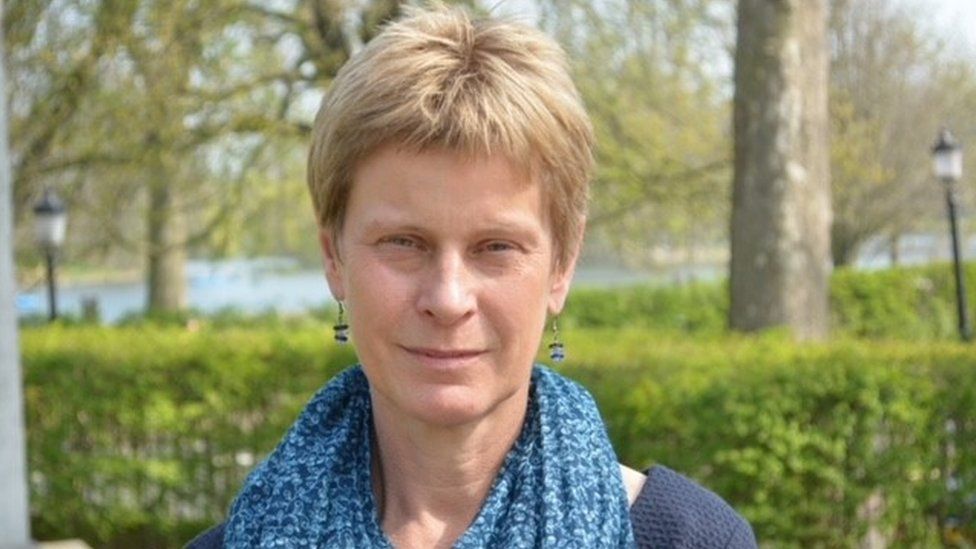 Cervical cancer: 'New screening can pick up cancer earlier than before'

Changes in cervical cancer screenings will help save lives not risk them, according to a top gynaecologist.

Prof Alison Fiander said people should not be worried screenings have dropped from every three to every five years in Wales as tests are "more effective".

Public Health Wales (PHW) said the new rules were for people aged 25 to 49.

More than 1.2 million people called for a rethink and politicians in Wales will discuss it on Wednesday after 30,000 signed a Senedd petition.

Women and people with a cervix - as it could also affect trans men too - who had not tested positive for human papillomavirus (HPV) will now wait two more years between tests.

Health chiefs in Wales said they changed the interval between screenings to the same time as those in Scotland is because tests are now more accurate. Cervical screening gaps in England and Northern Ireland remain three years.

But Wales' public health body did because they admitted that they "hadn't done enough to explain the changes".

The so now politicians in the Welsh parliament's plenary will discuss the issue on Wednesday after a call to reinstate screening to every three years.

Prof Fiander, a clinical lead at the Royal College of Obstetricians and Gynecologists, said PHW had "missed an opportunity" to help educate people but reassured the public that the change is safe and not a cost-cutting exercise.

She was involved in the HPV vaccine rollout in Wales, which , and says having the jab and screening together "can actually beat cervical cancer completely".

Why is cervical screening important?

Screening is not a test for cancer, but sometimes the test does pick up early cancers.

Cell changes found through regular cervical screening can be treated to prevent a cancer developing. Cervical cancers found early are easier to treat.

"What's important is that people attend screening when they're invited to do so," said Ms Fiander, a former gynaecological cancer surgeon at Cardiff's University Hospital Wales.

"Because they will be tested for HPV and if if they're negative they're not at risk of developing cervical cancer."

How dangerous is cervical cancer?

Across the UK, there are about 3,200 new cases every year, with about six in 10 people diagnosed living a further five years, according to Cancer Research UK data.

There are around 850 cervical cancer deaths in the UK every year and the charity said relative five-year survival rates are below the European average in England, Wales and Scotland.

What are the screening changes being made in Wales?

The new process means women and people with a cervix who had not tested positive for HPV will now wait five years instead of three between tests.

"It's based on the science that over 99% of cervical cancers are caused by HPV," added Dr Fiander.

"The cervical screening program is using a new test, testing for HPV and that's more sensitive than the old method of screening, which was looking for cell changes from the cervix. It allows us to pick up women who are at risk of developing cervical cancer earlier than before.

"For people who have already tested positive for HPV or have been seen in colposcopy, which is where we see women with an abnormal smear, they will be followed up more closely.

"In terms of the experience of being screened, it's exactly the same for HPV screening.

"A smear is taken from the neck of the womb, the cervix, so the process is exactly the same it's just that it's tested in a different manner."

HPV is a very common virus that most people will come into contact with at some time during their lives but PHW says one or more high-risk type of HPV is present in more than 99.8% of cervical cancers.

Why are the cervical cancer screening changes being made?

PHW said the changes are evidence based - and follows a recommendation from the UK National Screening Committee in 2019, bringing the advice for this age group in line with the screening interval for those aged between 50 and 64.

"If you haven't got HPV, you're not going to develop cervical cancer," added Dr Fiander.

"Even if you get a HPV infection the day after screening, it takes between 10 to 15 years for cervical cancer to develop so leaving the screening interval for five years is absolutely fine as long as you go and get screened when you're invited.

"In the majority of cases, the HPV infection will be cleared by the immune defence system in two to three years without any intervention - and you don't want to undertake unnecessary treatments. That's the sort of science that's underlying the changes."

HPV testing was successfully introduced in Wales in 2018 and PHW said almost nine out of 10 results show no high-risk HPV.

"It's true that HPV vaccination is already decreasing the number of women that are developing pre-cancerous changes," added Prof Fiander.

"So I think combining HPV vaccination with cervical screening means that we could possibly eradicate cervical cancer in the UK, within a few generations which is really exciting.

"But it does mean that everybody that has a cervix needs to be vaccinated and, until then we do need to carry on with screening."

In the UK, girls are offered the vaccine between the ages of 11 and 13, depending on where they live. The vaccine .

Not everyone is comfortable with the changes

Those who are particularly concerned are people who have not received the , like Maria Dullaghan who had cervical cancer and is still not convinced about the changes.

"The age range they're looking at changing, the 25 to 49 year olds, mostly haven't had the vaccine yet," said the 37-year-old from Haverfordwest in Pembrokeshire.

"Maybe about three quarters of my friends that age haven't had it yet - so I don't think it's a good idea.

"I had a clear test and then had my diagnosis within five years of that, so I don't want to see people going through what I did.

"The changes also haven't been communicated clearly, I think people feel a bit caught out by it coming in quietly at the start of the year."